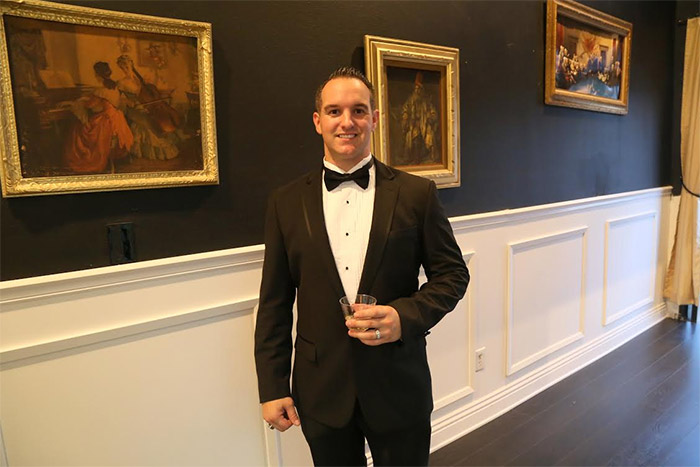 Mark Paul Barata began his career as a jeweler in 2003. After his humble beginnings learning the retail side of the industry, Mark found himself working at the forefront of one of the industries most renown guild jewelers Black, Starr and Frost.  Mark apprenticed for 2 years and went on to become a graduate Jeweler after studying at the Jewelry Arts and Design College in Los Angeles. He eventually went on to teaching 3D Jewelry Design there. He is one of a few certified instructors on the 3Design Software in the country today. Mark then went on to become an Accredited Jewelry Professional graduating from the worlds foremost authority the Gemological Institute of America (GIA). (MPFJ) prides themselves on using the most up to date state of the art equipment in an industry that is often times stuck in the “primitive way” of doing things. Using lasers, computers, 3D scanning and robots, Mark has been able to create things most couldnt even think of. In 2005 Mark started his first successful jewelry company and brand Deviant Design Group (DDG). DDG was a luxury jewelry fashion line that concentrated on bold, smooth lines, using precious metals such as gold, silver and platinum set with diamonds and other precious gemstones.

Mark and his work has been featured on numerous television shows, news papers and magazine publications including:

MTV’s “Rob & Big”, “Fantasy Factory”, “Is she really going out with him”, “Life with Ryan”, Bravo TV’s “Real Housewives of Orange County”, Fuel TV ‘s “Danny and the Dingo”, Playboy TV’s “Totally busted” and  ESPN magazine. Mark has also been featured and on the cover of The Long Beach Post (lbpost.com), WWS Magazine (wwsmag.com), and the Long Beach Business Journal (lbbusinessjournal.com)

Mark has designed and crafted jewelry for the worlds top action sports athletes and for such companies such as Monster Energy, Redbull, DC Shoe Co. , Red Dragon Skateboarding, Plan B Skateboards, and Street League Skateboarding where he makes the championship ring year after year.

In 2007 Mark began traveling the Globe taking him to places such as West and South Africa, South America, Russia, Canada, Europe in his quest of finding precious gem-stones. Mark Barata currently ownes and operates a few small scale gold mining operations with his good friend and partner Kwajo in Ghana.

Being an artist and jewelry designer is Marks biggest passion. He prides himself on thinking outside the box and not being afraid to let his creativity and imagination hinder what some say is impossible to do. Mark continually strives to ensure that whomever walks through the Gallery will receive the greatest experience the jewelry industry has to offer with taking a no pressure approach and focusing on the education of each and every jewelry piece to ensure every client not only understands the value they are getting but also to  appreciate the artistry involved in there beautiful one of a kind jewelry.